Towards a cultural change, there are limitations for popular statistical presentation tools such as tables and charts to communicate evidences or impacts of climate change. The foremost limitation is need of analytical deliberations(1) on them by audience, which presumably fails to inspire actions mostly personal and emotional in nature. As an alternative, translating real time earth system monitoring data into classes, describing in a plain language first person narrative and disseminating that in popular social network post can be a best option. Instead of presenting statistical numbers with charts and tables, expressions like “I am air in mona loa having lots of carbon dioxide than yesterday” can be more personal and emotionally attached. The work on Talking Tree gives good precedent and motivation to proceed with larger system level implementation.

Historically personification or first person narratives has been a great help for communicating environmental movements. We can see those features in Silent Spring, An Inconvenient Truth or more directly in movement itself like Chipko Movement. On the other hand, there is a growing number of works exemplifies that those expressions can generate huge popular attentions, Talking tree, Talking tom mobile app and Tamagotchis virtual pet are some examples. Along with these, there are analogies in computer programming where compilers are used to translate between human readable to machine readable language, which can be followed for translating between sensor readings into first person narratives of sensed feature.

So we are having good number of examples and technical feasibility, lets give the voice to systems involved in climate change.

Develop a open compiler for translation between sensor data and first person narratives based on sensor web enablement specifications and open data standards.

Do a piolet study on practicality and usability of first person narratives in dissemination of real time monitoring data in earth system level.

Recommend the research results to use it in climate change communication scenario.

For developing the open compilers standardization bodies such as Open Geo-spatial consortium can take steps to develop a globally acceptable and usable translator.

For piolet studies the urban level monitoring networks(Air pollution monitoring) can take actions to communicate their monitoring results in first person narratives of the part of earth system being monitored.

As a piolet study the cities or metro regions having real time environmental monitoring networks can take actions. The actions will be in communication platforms such as social media, web pages of the observatories. (For a implementation of this idea and its practical usability to initiate a collective action , please see the Local solution competition entry Bottom up mechanism proposal)

Syntax given by first person narratives can easily communicate the uncertainty or dynamism of a complex problem like climate change.

Can reduce disputes on facts

By making translations more open and transparent, it can generate trust which can reduce the current factual disputes. 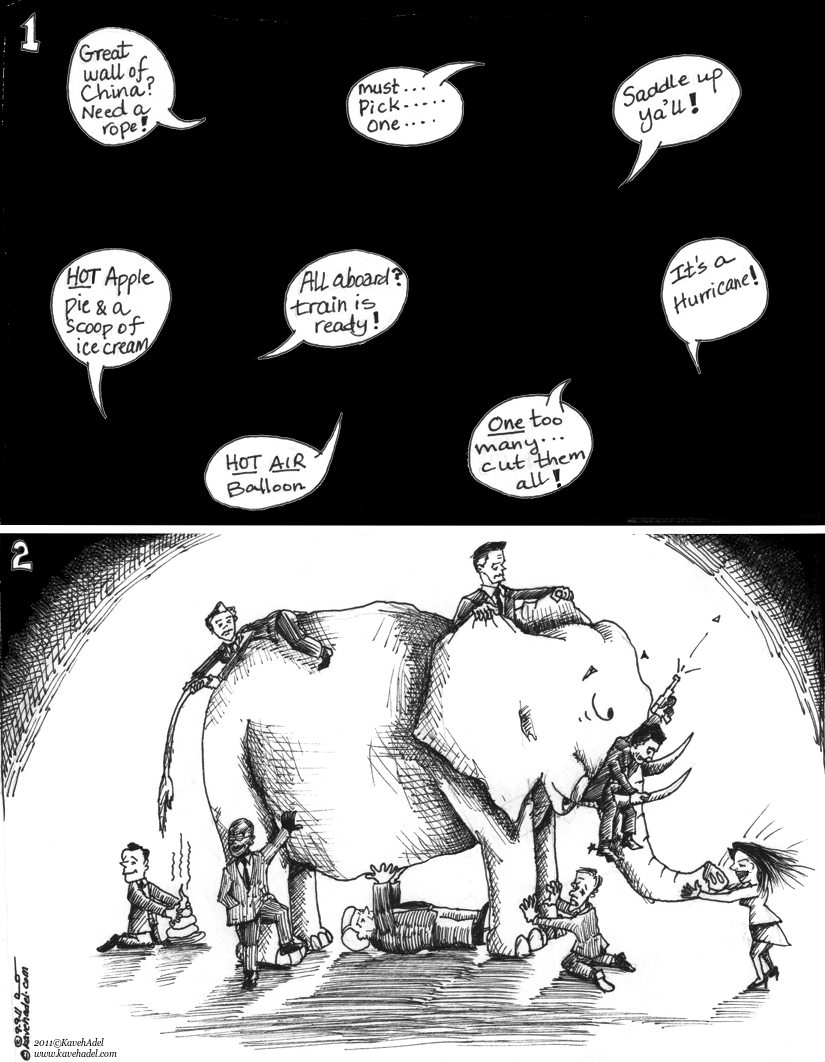 -If the popular perception is like this, it is better to elephant to say “I am elephant!”- same for Climate Change.

The proposed work is a software extension to already established environmental monitoring networks. So the cost only involves hiring of communicators, researchers and software engineers.

Six to one year for developing and testing the translator, another one year for piolet study and delivering recommendations.

The proposal entry in local solution competition- Bottom up mechanism for reducing urban emissions- is related with this proposal as a field level implementation.

By:  Nishadh K.a.
Contest: Shifting cultures for a changing climate 2013
What can be done to shift cultural attitudes on climate change to inspire action?
Follow on: