Bloomberg (NEO) reports that despite investment of $8 trillion in renewable energy, there will be enough fossil-fuel plants and enough investment in new coal-fired capacity in developing countries to ensure global CO2 emissions will continue to increase to at least 2029. ( Reference - 1 ) Bloomberg

The Bottom Line Here Is;  [ emphasis mine ]

As long as Planet Earth has fossil fuels available more economical than renewable energy . . emissions will continue to compound the impacts of climate change. 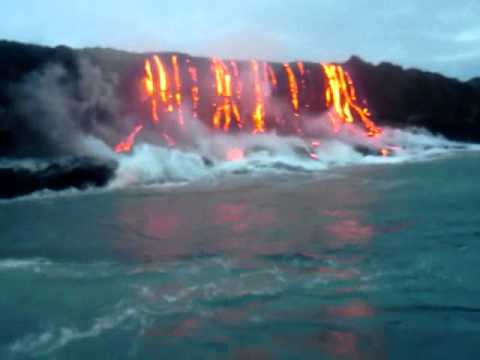 Our leaders continue searching for the elusive common ground Planet Earth desperately needs to find before the devastating impacts of climate change are irreversible?"

Many credible science researchers believe Solar Radiation Management (SRM) we could increase the amount of solar energy reflected back out into space by about 2.0% . . this one move, alone, would slash global carbon dioxide emissions by 60% over the next 40 years.

Planet Earth desperately needs to find and fund the safest environmental pollution removal and cooling process because making clouds locally does not have to be approved as they dissipate naturally and leave no footprint.

(1) Natural clouds created by natural phenomenon but need to be greatly expanded .  .  .  .

(2) Enhanced cloud whitening that use pumps to spray seawater into the atmosphere.

One example of how Cloudtec may help our climate change dilemma:

(a) To ensure responsible implementation of Cloudtec , skilled engineers of each country researches all wind patterns in their geographical location associated with the volcanic source to rain-out in a designated area of land or sea.

(b) They document the CO2 readings at official sites for reference.

(d) This interaction causes the volume of water to vaporize and expand over 1,700 to 4,000 times into thousands of cubic miles of maritime stratocumulus clouds to economically and effectively reduce the impacts of (SRM) and (CDR).

(e) This expanded hydrated lime / water with elevated PH . . when cooled . . spontaneously reacts with CO2 from the atmosphere until, after enough time, it is converted back to calcium carbonate which is crucial to balance coral reef development and survival.

(f) As time passes, they again document the CO2 readings at the official sites of reference.

(g) Contingent on the going market price of atmospheric CO2 removal per ton - they may choose to sell or trade their credits for what is best for their unique situation.

A report this year in the journal, Global Environmental Change , estimates the total value of our global ecosystems, currently threatened by climate change and other forms of ecological damage, at between $125 and $140 trillion.

Planetary history has proven that if we fail to provide manageable adaptation . . violence will replace reason with chaos and migration!

This proposal is focused on two major objectives!

(1) Create manageable adaptation to reduce migration within the framework of a workable solution.

(2) Create a workable solution based on a proven natural phenomenon that is economical and effective.

Hawaii contains unlimited energy and is about 1,000 miles from the closest land that is not an island.

Although clouds dissipate naturally with no footprint . . this precautionary location safely minimizes any uncertainties.

This test will require only seawater mixed with lime applied on the exposed magma and hotspot shield of the Kilauea volcano.

Today (2016) somewhere on the Hawaiian Island Chain . . volcanic magma cascades from the land into the ocean creating a magma / seawater interaction.

These small interactions of magma and seawater along with similar interactions on 40 erupting volcanoes on Planet Earth have the limited potential to reflect the incident Sun's rays back out into space and help cool Planet Earth!

Cloudtec creates the opportunity to focus millions of tons of seawater everyday on active and erupting volcanoes to create the "Cloud Whitening" albedo we need to reduce the impacts of climate change. 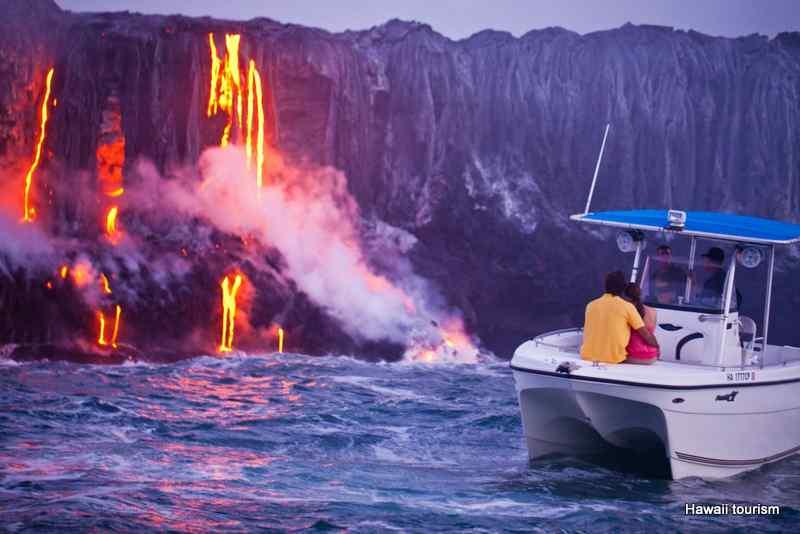 When drops of water fall on a stone with a temperature of 2,000+ F, this interaction displaces the oxygen which causes the water to vaporize and expand over 4,000 times.

The enthalpy of vaporization turns water into the gaseous form (steam) when it increases in volume 1,700 times at standard temperature and pressure.

The John J. Harvey a 1931 fireboat based in New York, will shoot water at a private event from all six water cannons for $5,000 per hour.

The condensed liquid water in one cubic mile of fog equal about 56,000 gallons of water.

Using these numbers as a (SRM) strategy . . the 1931 fireboat, John J. Harvey, could water cannon enough water to potentially manufacture (sixteen) one cubic mile fog cloud formations in one hour at a cost of $5,000 . . or about $313 per cubic mile.

If we used the above numbers as a (CDR) strategy . . we would add lime to the water to create a lime/water/air interaction which could possibly remove 70 to 80 per cent of atmospheric CO2 within the smart cloud clusters.

The above assessment is based on the results of credible lab tests using lime to capture 70 to 80 per cent of the concentrated CO2 from power plant smokestacks.

If 900,000 gallons per hour of lime/water is applied to the free energy of 2,000+ F magma, the smarter cloud densities and potential formations could expand to any number between 1,700 and 4,000.

Fortunately, many of the 40 erupting volcanoes on Planet Earth are located on the coastlines of 86 countries currently recognized to have a Coast Guard &/or Navy where they can train personnel or utilize large to small contractors.

A two track regional test to . .

A safe and economical (SRM) (CDR) test for one year on the big island of Hawaii will cost approximately nine million dollars.

This test will require only seawater mixed with lime applied on the exposed magma and hotspot shield of the Kilauea volcano.

With millions of lives hanging in the balance . .

If funds are not available for real time testing, Planet Earth has  thousands of credible scientists and engineers with technological and computer software advances at their disposal who can address the effectiveness or ineffectiveness of Cloudtec (SRM) (CDR) and post their findings.

Based on lab experiments . . planetary researchers believe we now have the opportunity to capture and store 70 to 80 percent of the carbon dioxide from power plants. ( Reference - 2 ) Greg Rau

The Technical University of Darmstadt in Germany estimates that it may cost less than 20 euros to capture each ton of carbon dioxide using limestone, compared with about 50 euros for traditional solvents. ( Reference - 3 ) MIT & ( Reference - 4 ) MIT

Cloudtec (SRM) (CDR) is the hybrid option , where the energy is free and all we have to do is add seawater &/or limestone and monitor the results.

By:  Johnnie Buttram
Contest: Geoengineering Workspace
What initiatives, policies, and technologies can counteract the effects of rising greenhouse gases, whether or not emissions are reduced?
Follow on: