GHG Rescue; Buying Waste from Households and selling it to Recycle Companies by G4CC

The GHG Rescue Project seeks to buy segregated waste from households in Accra, Ghana and sell it to Recycling Companies.

Waste management is a challenge for developing countries of which Ghana is part. Out of the over 2,000 tonnes of municipal solid waste that is generated daily in Accra, the capital of Ghana, only an estimate of 1,500-1,800 tonnes is collected (Ghana Audit Service, 2011). The deficit of about 200-500 tonnes of waste later finds its way into open drains, water bodies this later causes floods during the raining season. The recent June 2015 floods in Accra, Ghana which caused damages to properties and took the lives of 150 people was partly blamed on the dumping of refuse on streets that later find its way into drains. The image below (courtesy Citi FM) shows waste materials that were left on land after the floods, clearly showing how waste management is a challenge in Ghana. 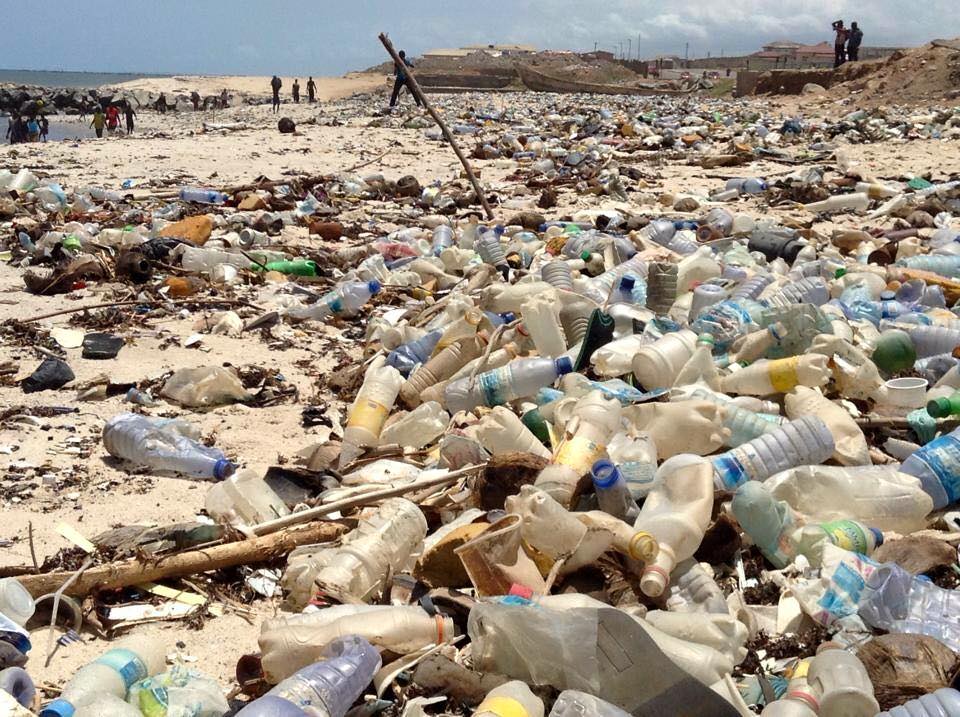 Apart from the indiscriminate dumping, most of the uncollected and even collected waste that are sent to landfills are openly burned releasing Greenhouse Gases (GHG) into the atmosphere.

The GHG Rescue Project therefore seeks to buy segregated waste from households in Accra, Ghana and sell it to Recycling Companies. The project looks at creating collection points within the city where people who collect waste will present it for cash incentives, the waste collected will then be transported to recycling companies in the city. The Ghana for Climate Change (G4CC) team will collaborate with local government officials, media houses, local celebrities, recycling companies and the locals themselves to make the project a success.

In all, this project is estimated to cut enormous amount of GHG emission and also provide some socio-economic benefits. Although the project seeks to start in Accra for its pilot, operations will be expanded to other regions in the country and ultimately to other countries with similar challenges.

1. The project will identify recycling companies in and around Accra, Ghana and negotiate how much they will pay for a kilogram of waste delivered to their sites.

2. The project will then collaborate with the Local Government and District Assemblies to mount several collection points (GHG Rescue Hubs) at strategic venues in and around the city to collect segregated waste from households. Furthermore the project will construct a main collection station (GHG Rescue Nexus) which will gather all the waste collected from the "Hubs". With the help of city planners, the Nexus will be situated in appropriate locations to make sure the the possible negative impact of air pollution is avoided, also the project will enforce strict sanitation measures to reduce the negative impact of the collected waste even in remote locations. This will be done with the guidance of the Ghana Environmental Protection Agency.

3. The project will seek support from the Local Government, Media houses and Local Celebrities to embark on a strong campaign to encourage the general public to segregate their waste and present it to the “Hubs” for cash incentives.

The project will use the slogan from the local Akan language “Borla y3 Sika” meaning waste is money. This slogan is aimed at creating a lasting sense of reminder that waste is not actually waste, but money, and by this we hope to encourage people who hear the slogan to join the segregation and delivery of waste to our Hubs.

Social Media platforms will also be chiefly explored, by way of digital posters, video clips and pictures to tell how people are making money by segregating their waste and delivering it to our Hubs.

4. Segregated waste materials that are brought to the Hubs will be weighed and individuals will be paid according to our standard prices. Prices of various waste categories will be weighed per kilogram and individuals will be paid as such. To make this effective the project team with the help of the Local Government, Media houses and Local Celebrities will create awareness and encourage households to segregate their waste to make it easy for them to present it for cash.

Collection trucks will then move to the various Hubs pick the segregated waste materials and convey them to the various patterned Recycling Companies to be delivered for a fee (per kilogram or tonne). In the case where the trucks can't transport all the waste or there be a delay in transportation, the waste will be moved to the “Nexus” for temporary storage. The project will also consider salvaging materials that can be reused from the collected waste, this will reduce the energy that will be needed to recycle and remake that same product. There are currently over 11 recycling companies in Accra, they recycling materials like plastics, organics, metals and papers. The Accra Compost & Recycling Plant (ACARP) is the largest with a 600 tonnes per day capacity, the company is already receiving carbon credits with the other companies also doing grate work in total. The G4CC team has already established  contact with ACARP and the company will be in the main target for the materials received at the Hubs due to their reliable capacity of operation.

The project will finally organize Waste Reuse Fairs, these fairs will encourage artist and ordinary people to think of creative ways to reuse waste materials and present them at the fair for sale. The project team will also consult key stakeholders to develop and embark on rigorous campaigns with innovative ideas to reduce the waste generation. The focus will be to come up with ideas that fit the local lifestyles of the people since previous ideas have failed to become a part of the lifestyle of the locals.

Actions will be taken by:

Waste management in Accra, Ghana is under the supervision of the various Municipal and District Assemblies, hence there will be the need to collaborate with them and gain permits to start the collection. Since this collection exercise will bring other benefits to the society apart from cutting Greenhouse Gas Emissions (Sanitation, Jobs, etc.), the Local Government Authorities will be expected to support and help promote the course.

We will appeal to Media Houses who run T.V shows, Radio shows, Newspapers and all other available platforms to help us spread the word about the project and its benefit to the society.

The Project will seek connections with local celebrities (movies, music, artist, etc.) to join and help spread the word about the project and its benefit to the society.

Recycling Companies will be approached and discussions will be made on the terms and agreements for the transportation of waste from our project Nexus to the Recycling sites. The various recycling companies will also be expected to join the campaign to spread the word about the project and its benefit to the society, since success in the campaign will mean constant and reliable supply of materials for their operations.

The project will target at arousing the interest of Households in the Capital to bring materials they consider waste for cash incentives. The project will use a slogan from the local Akan language “Borla y3 Sika” to also help households a sense of local ownership to the project. The slogan is also expected to become a household term and a reminder to locals that what they consider waste can actually earn them money.

The Project team will oversee the entire running of the project and ensure that all strategies employed by the project to make it a success will be executed to yield expected results.

This project will be in Accra, Ghana. Ghana is a developing country located in the Sub-Saharan region of the African continent. Accra is the largest city in Ghana and also one of the fastest growing metropolises in Africa, it has an estimated growth rate of 3.1% with a current population of more than 4 million people (2010 Population Census).  Five years now after the census I am sure the population and growth rate have increased.

This growth in population is also coupling the growth in waste management problems, in a day an estimate of 2,000 tonnes of municipal solid waste is generated in Accra (Ghana Audit Service, 2011). However only an estimate of 1,500-1,800 tonnes is collected leaving a deficit of about 200-500 tonnes of waste (Ghana Audit Service, 2011). These deficits later finds its way into open drains, water bodies and others are openly burned (Ranjith & Nickolas, 2013), releasing Greenhouse Gases into the atmosphere. This make the city of Accra a very suitable city to start the GHG Rescue Project.

Although Accra will be the pilot, the project seeks to expand to all the regions in Ghana in the short to medium term and to other developing countries struggling with waste management in the long term.

Apart from the prevention of the emission of Greenhouse Gases (GHG), this Project will:

Figure 1.1 is the estimated tonnes of the waste materials the project expects to collect at the the end of the first year under the two different scenarios in Accra only.

Figure 1.2 shows the estimated emission reduction and the alternative conservation gained if the project collects the waste and sends it to recycling companies in Accra only. 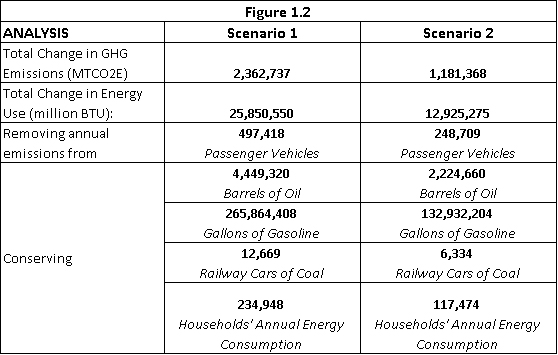 Figure 1.3 shows the estimated emission reduction and the alternative conservation that will be gained by the third year of operation. The third year and beyond will see the project increase its Hubs in Accra and start in the other 9 regions of the country. 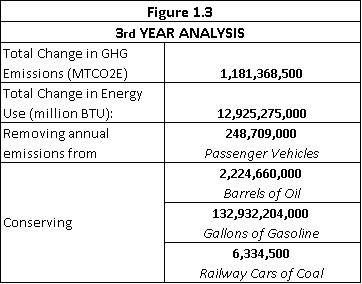 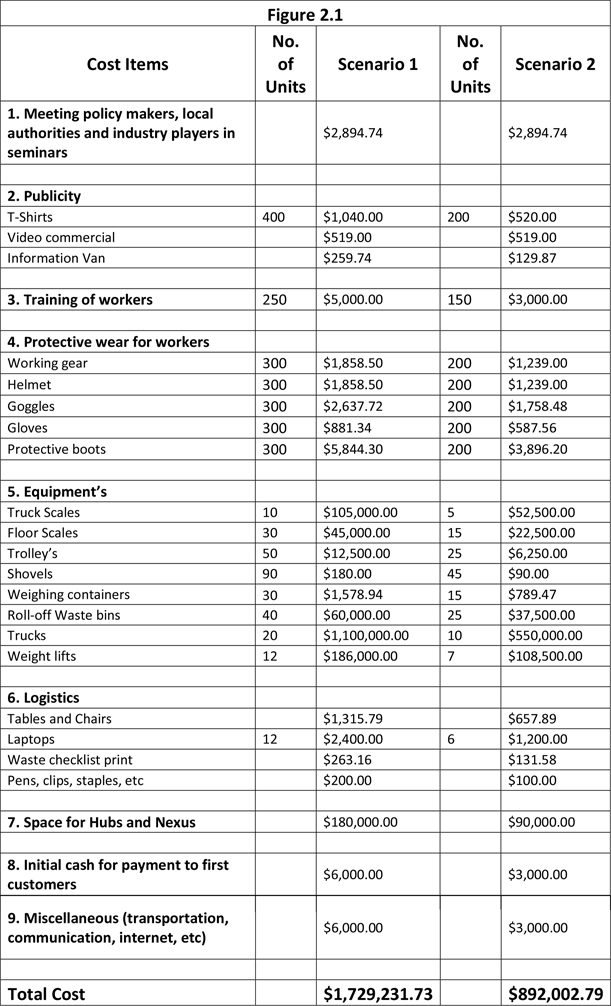 Figure 2.2 looks at the total annual averages salaries that will be paid to workers at the end of the first year of the project in both scenarios.

Figure 2.3 looks at the estimated average annual revenue that will be made from the project, these estimate were done by grouping the various waste commodities and giving them a single estimated ‘average’ price (although some materials may cost more) and multiplying it by the combined estimated annual tonnes of waste from the commodities in the groups. This helped us estimate the expected revenue the project will generate in the first year if the project collects its estimated tonnes per year. 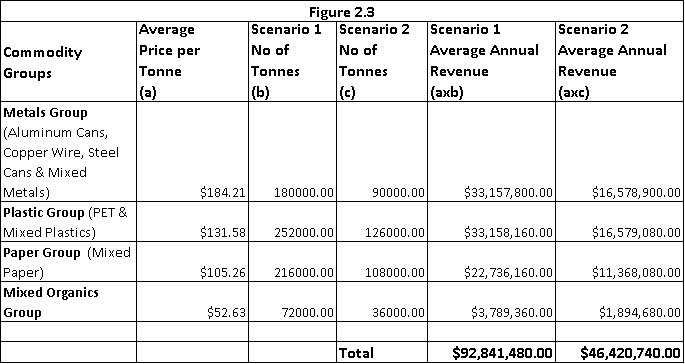 If the annual salaries of workers are paid from the revenue generated from the project (Total annual revenue – Total annual salaries) in the first and second year (all things being equal), the revenue that will be generated from two years of operations can cover the project invested capital in both scenarios. This remaining profit will be used in the expansion of operations within Accra and to the other 9 regions.

By:  G4CC
Contest: Waste Management 2015
What initiatives, policies and technologies can significantly reduce greenhouse gas emissions from waste and waste management?
Follow on: