Self cleaning planes by saadithya

Self cleaning planes which can clean the bug guts, dirt and remove acummulated ice to reduce drag and improve efficiency of the airplane.

My concept proposes for self cleaning airplanes which can clean and remove the bug guts which stick to the airplane and undergo chemical changes to turn into a sticky glue which causes drag.

The airplane will have strategically placed water spraying ports throughout the body which will open during cleaning and water along with a cleaning solution is sprayed to remove the bug guts and dirt to reduce airplane drag.

The plane can be connected to high pressure water source connected to ground and through embedded small pipings and tubes the water will be sprayed through out the body cleaning the plane.This will consume very less water.

As per the feedback received by judges I suggest to use self cleaning system to remove bug guts, dirt and ice accumulation on plane surfaces.I have evaluated other solution like coating the plane with nano paint so that bug guts and dirt don't stick to the surface. Inspired by nano paint for cars in the automotive sector, it is good and it does the job if we spend out a few thousands of dollars but it has a problem Nano paint and radars don't work well together meaning,The long straws of pure carbon each just a few nanometres in diameter absorb a broad spectrum of light making the airplane invisible to radars good for fighter jets but terrible for commercial planes.I have also evaluated alternative materials as suggested by the esteem jury I found a super hydrophobic metal created by etching micro or nano patterns on the surface of the metals, the water bounces of the metals.

I was impressed with it initially but on my further analysis this micro and nano patterns in fact might end up causing air drag. Leaving me with only two options either to adopt my cheap self cleaning technology or adopt coating with anti icing coatings, the problems with anti icing coating is that it wears out with time and coating a plane again and again is very expensive. So I think my suggested approach will be the most reliable. 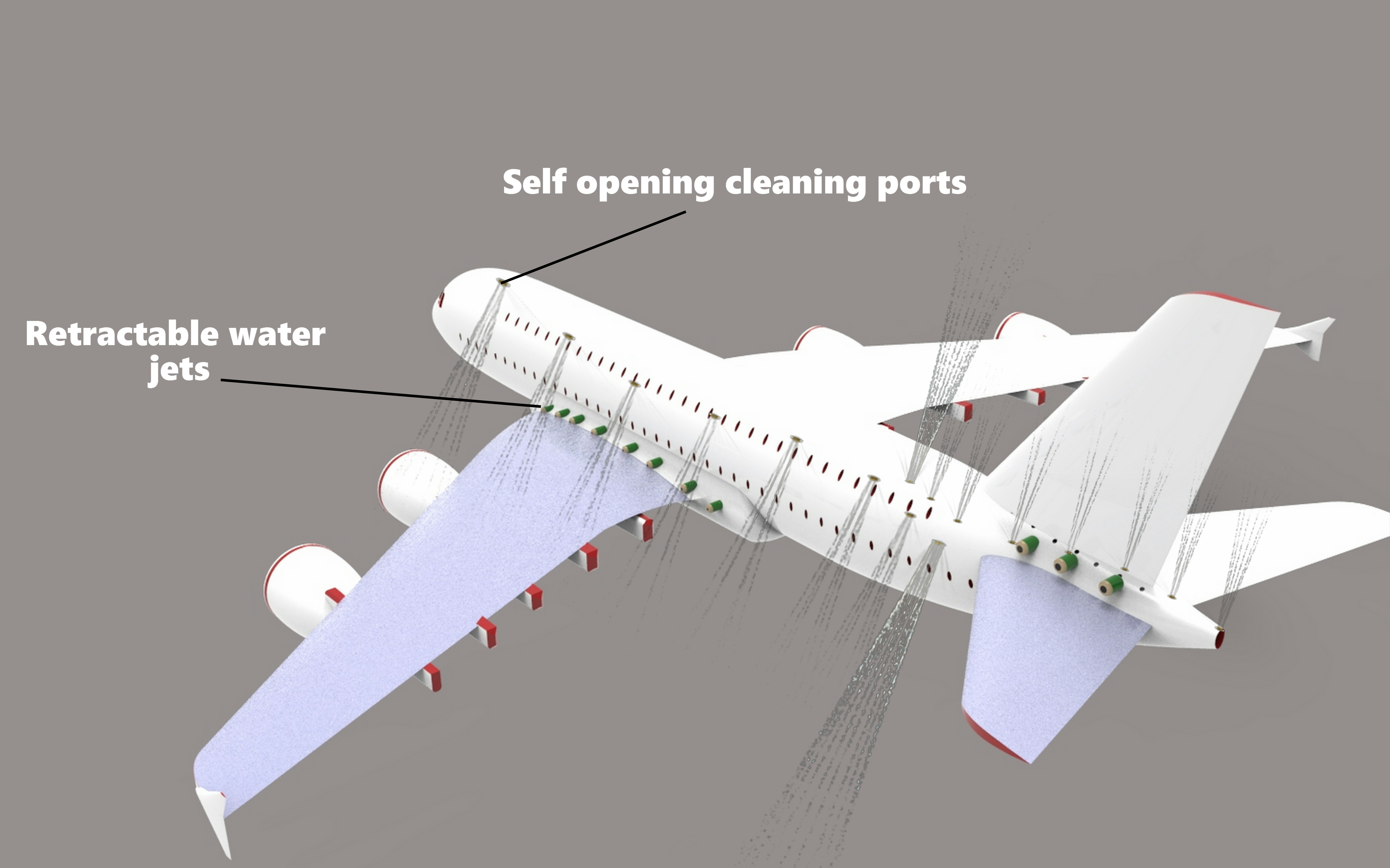 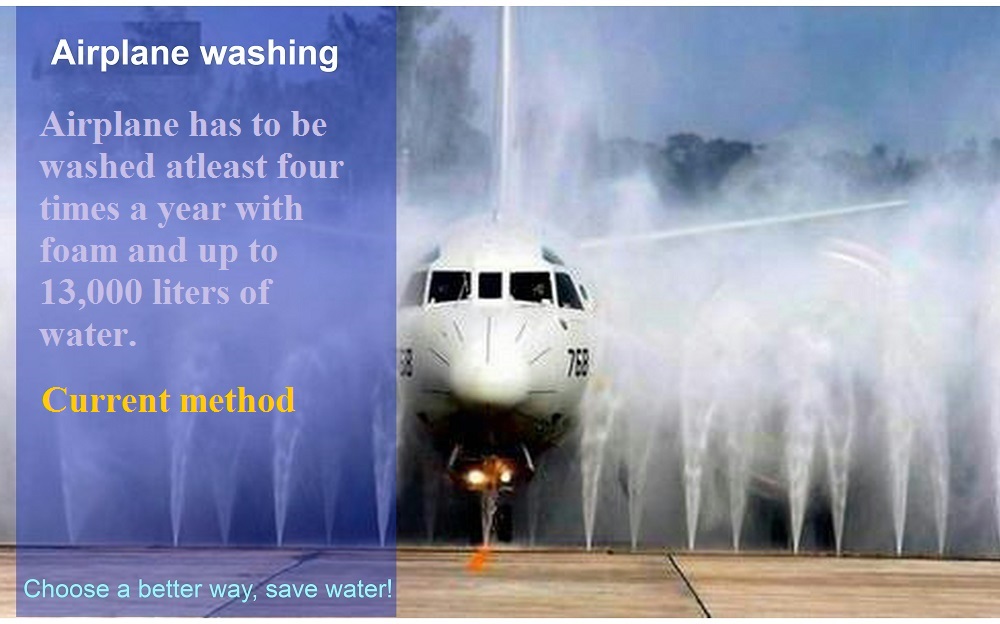 2.A quick clean of planes between multiple trips will save a lot of fuel as drag is a major factor that plays a crucial role in fuel efficiency.

3. Use this self clean technology for deicing the plane, warm water will be sprayed through these embedded jets and pores which will easily remove ice accumulated in planes instead of using tons of deicing chemicals that harm environment and spoil the ground water. 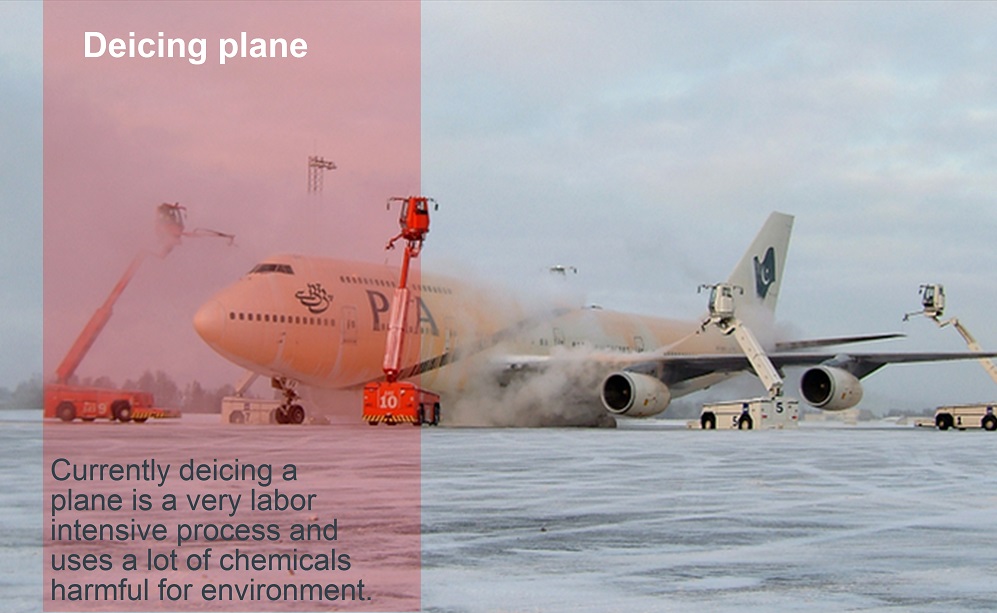 Reports indicate a total of 1% reduction in fuel costs for airplane, even though it looks like a low number it as actually big number.According to the the U.S. Bureau of Transportation Statistics , airlines used 16.7 billion gallons of fuel in 2015. Cutting that by 1 percent, or 167 million gallons, would result in a savings of $308 million at average fuel prices last year.

The proposal requires testing and research, since aircraft are very delicate and complicated machines it will take around 3 years.

By:  Aadhithya Sujith
Contest: Aviation 2016
How can we design, operate, and power aircraft to reduce the climate impacts of aviation?
Follow on: