Cinema for social change by naresh

A film, also called a movie, motion picture or photoplay, is a series of still images which, when shown on a screen, creates the illusion of moving images due to the phi phenomenon. 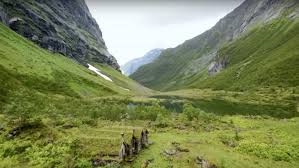 Every film industries build a 15 minute Earth and climate change documentary include inside the film and presents the documentary before staring film 5 minute,  during interval 5 minute and end of the film  5 minute.

Emission will be reduced depending upon the peoples behavior.

Everybody well know about climate change phenomenon and suddenly changes own behavior.