Replace the automobile with PRT by ring2ding

This is a pilot test of a new, collaborative approach for getting work done in the Climate CoLab. It will run during March and April of 2012.

Just like in the 2011 activities, anyone can create a proposal. But there is also a community proposal, where members are encouraged to work together in a collaborative way. Any member can contribute to the community proposal as long as they are logged in.

The community proposal is like a wiki, so the history of edits is tracked, and you can revert to prior versions of the proposal if desired.

Please also use the Comments to express your opinion on whether or not you would like to see this collaborative approach used in the Climate CoLab in 2012.

Feel free to organize the proposal as you see fit. One thoughtâ€”it's good to have a brief summary of the overall proposal at the top, as an aid to readers.

In the simplest definition, the PRT puts the automobile on tracks.  The vehicles are small, individualized, fully automated (no driver), and fully electric.  But rather than coexist with the automobile, the PRT system

replaces it.  The tracks are constructed over the existing roadways, thus greatly reducing the cost of construction.  Traditional rail systems such as light rail cost as much as $70 million per mile!  The PRT would cost only a fraction of that since the existing road system is essentially recycled.

The vehicles are publicly owned and maintained - no private ownership.  You don't http://www.prtproject.com/Render1B.jpgkeep a vehicle sitting idle in your driveway, but rather summon one from the system as needed.  When you get to your destination and exit the vehicle, it automatically moves on to the next pickup location.  When you've finished your business, you simply summon another vehicle.  High traffic locations like shopping centers would typically maintain a line of ready-to-go vehicles, similar to a taxi line at the airport.  If your visit results in a large purchase, furniture for instance, you would summon a specialized freight vehicle.  Alternatively, if you were topurchase the product from home, the store would deliver the product directly to your doorstep via an unmanned PRT vehicle. 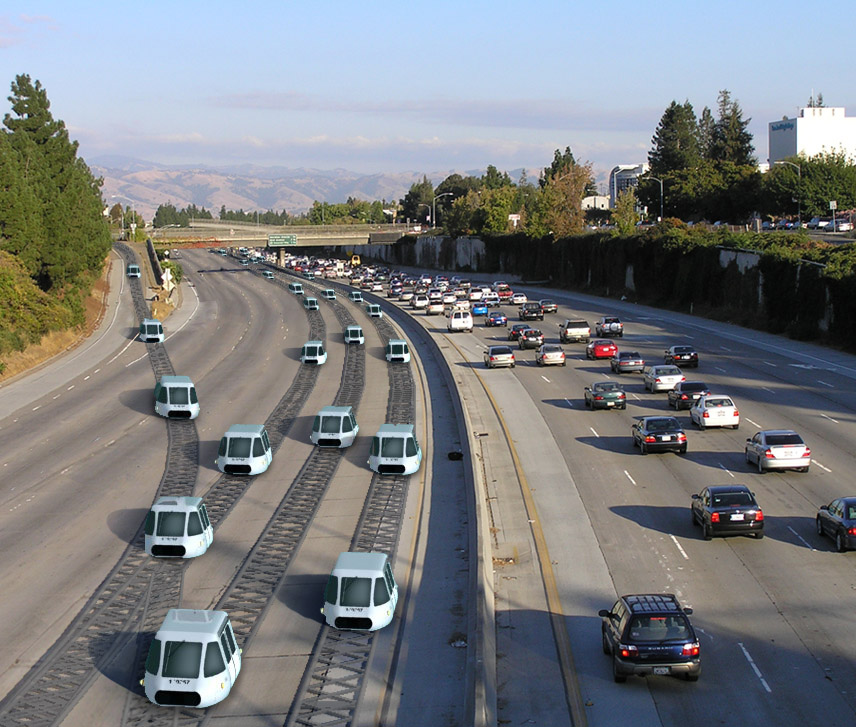 http://www.prtproject.com/Render1B.jpg
The PRT would fit nicely into residential neighborhoods

To summarize, the PRT will achieve the following:

1) Replace the automobile in an orderly transition
2) Provide transportation access to non-driving people (youth & senior citizens)
3) Decrease energy consumption and improve the environment
4) Improve our quality of life (no congestion, no stress)

The advantages of the PRT system are numerous!

Aside from the actual system design, the most difficult logistical effort will be the transition from one system to the other.  Rather than attempt to convert an entire city at once, logical sized neighborhood zones would be converted one after another.  During the transition automobiles would be parked in garage structures or parking lots at the perimeter of the zones.  Once a zone is completed, users would travel to their automobile via the PRT.  As more and more regions are converted to the PRT, people will gradually lose the need for their automobile. 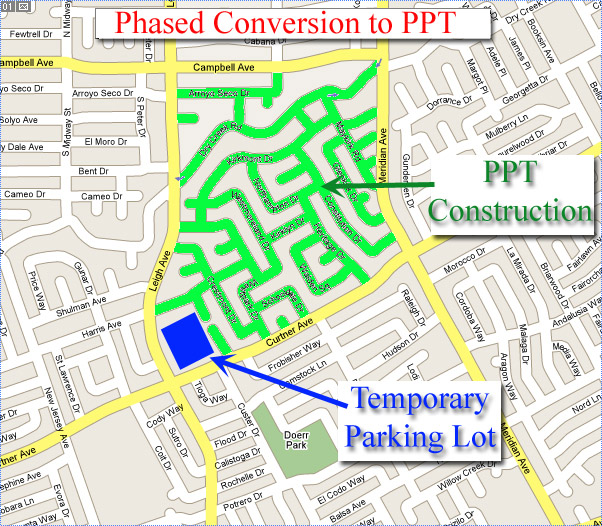 The last roads to convert would be the highways between cities.  Given the distances involved, it might make sense to develop an alternative piggy-back train mechanism to cover the greater distances more efficiently (TBD).

The early PRT installations would occur in controlled environments, such as retirement communities.  This would allow for both automobiles and PRT to run concurrently, providing a smooth transition between the two systems.  The greater goal of the PRT system is to replace the automobile, but this scenario minimizes the disruption to the community while the PRT system is undergoing development and tuning. 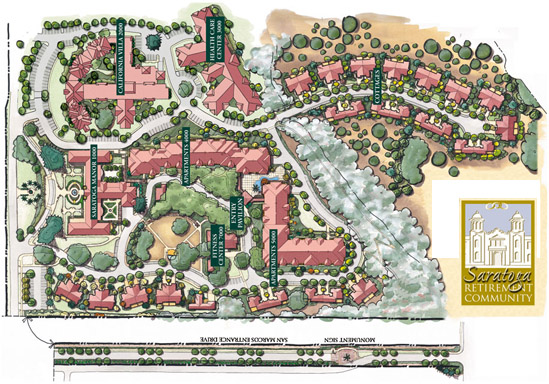 Another good candidate for early installations would be any isolated communities, such as islands or remote locations.  A good example would be Catalina Island, California... 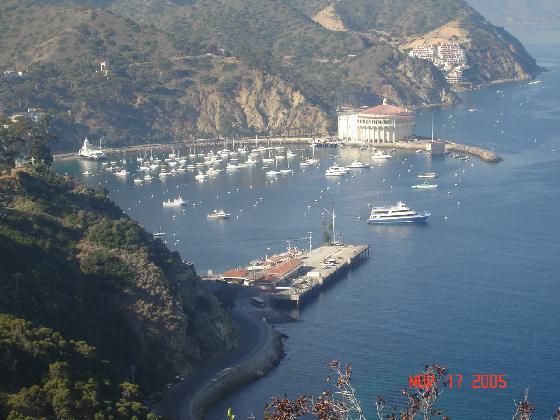 The total track length is modest and would provide a good test of elevation and corrosive weather conditions.  If test results lead to design changes, any incompatibility with mainland installations is less critical since the systems are not connected.

Crucial to a smooth transition will be the speed of implementation.  This would be accomplished through extensive use of prefabricated sections.  The process would be analogous to how a child assembles a model railroad track.

In 1869 the Central Pacific RR set a record by laying down ten miles of rail in a single day.  If a system is carefully designed and implemented, we should be able to do at least as well as people who managed it without the aid of modern construction equipment.

More research is needed to:

1) Determine a city that is willing to perform this transition

2) Fully flesh out the idea, including designing exact engineering specifications for both the track and the pods.

A trip using a PRT pod has been quoted to be at least 3x more efficent than the same trip using a conventional automobile, although it is likely that this figure is higher.

Additionally, this system would entirely replace the postal system (once it achieves a large enough coverage). Rather than hiring somebody to transport your package across the country, you could just request a cargo PRT to transport it. It would be much cheaper and not require expensive humans to drive the cars.

There would be some initial upfront cost in building the pods and laying the track, but if the system charges people fees for riding then the inital cost can easily be made up, resulting in a net cost of $0 over a few years. Additionally, more money can be recovered from the land that is recovered, as PRT does not require gigantic parking lots or 5 lane highways. Also, PRT is likely less expensive to maintain than our current road system.

1) The cars have trouble detecting lane markers when there is snow on the road. (And likely will have to drive REALLY slow)

2) They can get lost when they come to changes in the road that aren’t on the map.

3) They have trouble understanding when traffic cops direct traffic with hand signals.

In addition, PRT is more efficient than cars due to reduced friction in using a rail system rather than using rubber tires. Also, PRT does not require parking spaces, resulting in a more efficient usage of land. PRT also does not require traffic lights, since all cars are navigated via a central management system, making it a faster mode of transportation. Finally, driverless cars (if electric) must require large battery packs, resulting in a limited range. PRT pods, in contrast, receive charge from an electrified rail, eliminating the need for expensive dangerous battery packs.

By:  Richard Rowlands
Contest: Transportation efficiency 2013
How can CO2 emissions from the world's transportation be reduced?
Follow on: