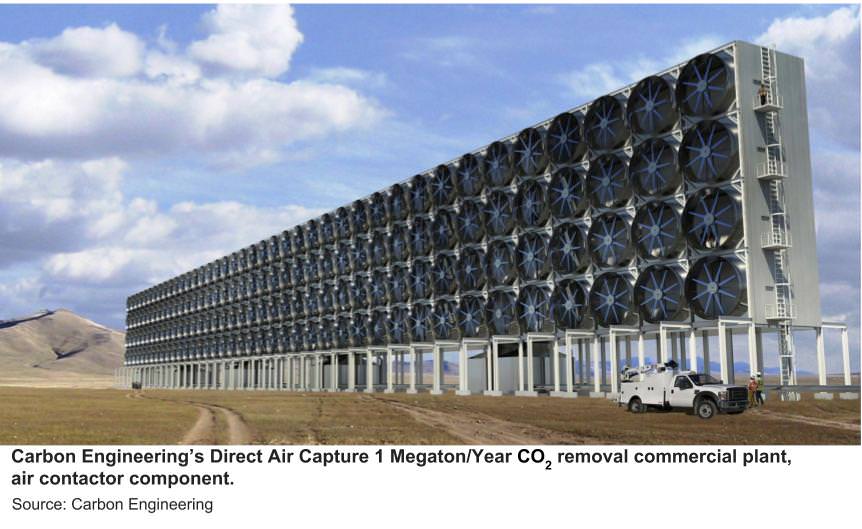 A primary aim of this proposal is to supplant the many lines of attacking the CO2 problem with an alternative approach - to treat excess CO2 as an "oil spill in the sky", to be vacuumed up by DAC - the proposal does not require or rely upon the success of any other CO2 reduction scheme, most of which have failed to meet UN targets, as well as do not address removing existing excess CO2, nor does it deem likely that remaining fossil fuel will go undeveloped & that developing nations will curtail their development programs. This proposal’s alternative approach is that it recommends a single, relatively simple, direct & failsafe DAC method of CO2 removal regardless of source or quantity, thereby providing countries the time to make the changes to renewable/sustainable technologies & meet the UN IPCC goals without damaging their economies.

Of all global warming/CO2 removal geo-engineering proposals, DAC plants are the safest because they aren’t ecosystem invasive - serving as a distributed, planetary scale CO2 scrubber, they simply mimic a tree’s CO2 removal ability & give humanity breathing room to develop & switch to Net 0 CO2 tech. Even if all other reduction schemes fail, the DAC array can meet UN IPCC requirements, continue to run as a stopgap to remove future global annual contributions & can be switched off when done.

Global ice is melting far faster than predicted, the current UN report specifies that we have only until 2020 to reverse course, and MIT geophysicist Daniel Rothman predicts that 310 Gt CO2 added to the oceans will trigger a mass extinction level event (ELE) in 2100 ²². Accordingly, our plight seems dire & the time to turn things around is fairly short. The following steps needed to launch a DAC plant array should be doable within 2 years:

2) Recommend the plan to all countries as the right solution for meeting the UN Millennium Development Goals, particularly “Goal 7: Ensure Environmental Sustainability”.

5) Sequester or repurpose: Extracted CO2 can variously be:

• Academia will determine the optimum design & global distribution of DAC plant arrays. Academia will also be tasked with expanding the scope of greenhouse gas removal to include the other, even more damaging gasses contributing to the problem, particularly methane, from polar permafrost & potential ocean floor methane hydrate melt. Their charter will be to design a variant of a DAC plant that, instead of filtering out CO2, instead filters methane. Note that scientists at Lawrence Livermore have already discovered & tested an effective methane-capturing porous adsorbent material called Zeolite SBN ¹¹¹.

Running the DAC array over the recommended period of time will reduce CO2 to IPCC-recommended levels and some arrays may be kept running to maintain balance on an ongoing basis. As high CO2  levels are reversed, the worst effects of climate change – melting ice, rising seas, super storms, heat waves, drought and crop failure, and their combined contribution to governmental overwhelming, societal collapse, and political instability – can be mitigated. 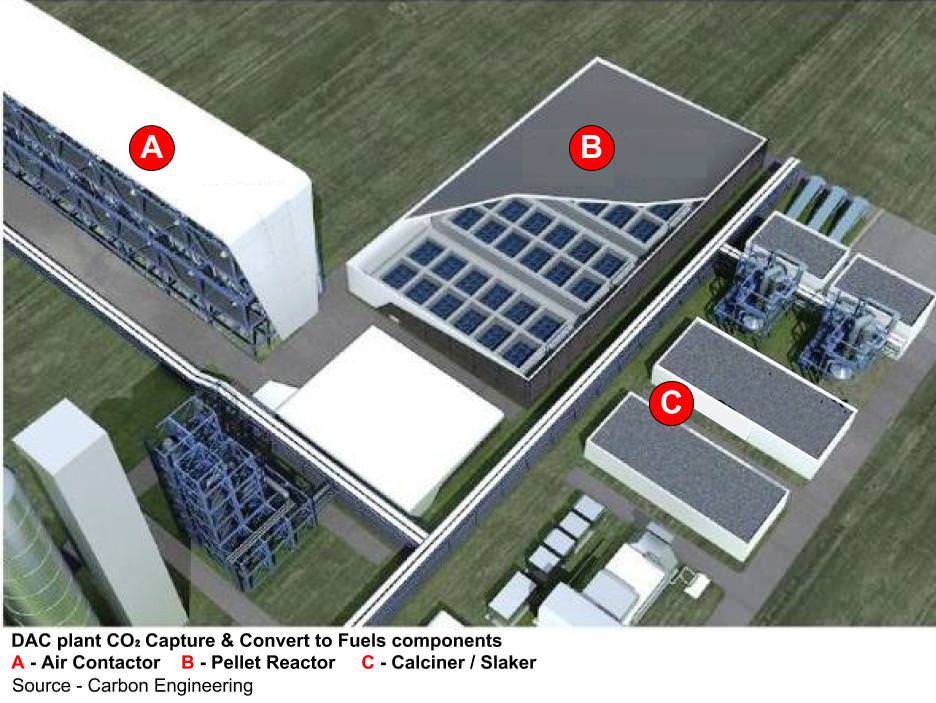 Extra costs include array operation, admin, utilities & supplies. Power by renewables, with array by river for 24x7 hydropower. Pay by…
(1) getting business to cover its fair share of CO2 contribution by creating a companies pool to invest in & fund the project using a Carbon Offset model.
(2) cover rest of cost as was done in WWII via government funding/incentives/"war bonds"/bank & wealthy individual loans.

Lower Total Cost by…
(1) using the fact that "CE is actively seeking global strategic partners including...Commercial plant developers to build and operate DAC and AIR TO FUELS™ plants", by subtracting the amount of CO2 already extracted, along with  number & cost of these already paid for/built/running plants from the total CO2 & DAC plant figures.
(2) offsets via profits from fuel sales from CE's "AIR TO FUELS".

Negative side effects - the commonest arguments against DAC, & their counter arguments are…
(1) Too expensive: Actually well below WWII cost, a similar global scale problem.
(2) Encourages polluters to renege on reduction commitments: Considering the damage to our world, bad actors can be dealt with by replacing optional cooperation with legislation making it illegal to pollute.

To best meet the IPCC 12 year deadline, the DAC array should be assembled & switched on within the next few years, then run for the number of decades IPCC recommends to stave off the worst consequences of climate change.

Because of the lateness of the hour, the urgency of the situation, and the fact that we have blown past such tipping points as loss of the Western Antarctic Ice Shelf, exceeded the recommended safe level of atmospheric CO2 350 PPM (as advocated by former NASA & current Columbia University Earth Institute climate scientist Dr. James Hansen), and are now over 400 for several years, the situation is dire. We recommend the most rapid installation possible.

• Carbon Rights @ "Based on research by Klaus Lackner".

Note: The preceding links are related proposals, but do not need to be included in this one.

By:  Clifford Thompson
Contest: Geoengineering Workspace 2021
What initiatives, policies, and technologies can counteract the effects of rising greenhouse gases, whether or not emissions are reduced?
Follow on: