Using the wide spread tech called "sms" to be used as an emergency info beacon/comm tool.

Inside every cell phone there is this basic tech that every cell phone/smart phone has, and that is SMS, short for: short message service. Why not use this tech as part of a basic communication tool in case of climate extremes and climate hazards as an early warning-early action system?

This could provide the first support in strengthening everyone’s ability to prepare for disasters before they happen or that are happening.

SMS was created during the late 1980s to work with a digital technology called GSM (global system for mobile communications), which is the basis for most modern cell phones. The Norwegian engineers who invented it wanted a very simple messaging system that worked when users' mobile phones were turned off or out of signal range. Most sources agree that the first SMS message was sent in the UK in 1992.

SMS stands for short message service. Simply put, it is a method of communication that sends text between cell phones, or from a PC or handheld to a cell phone. The "short" part refers to the maximum size of the text messages: 160 characters (letters, numbers or symbols in the Latin alphabet). For other alphabets, such as Chinese, the maximum SMS size is 70 characters.

Even if you are not talking on your cell phone, your phone is constantly sending and receiving information. It is talking to its cell phone tower over a pathway called a control channel. The reason for this chatter is so that the cell phone system knows which cell your phone is in, and so that your phone can change cells as you move around. Every so often, your phone and the tower will exchange a data packet that lets both of them know that everything is ok.

In addition to person-to-person messages, SMS can be used to send a message to a large number of people at a time, either from a list of contacts or to all the users within a particular area. This service is called broadcasting and is used by companies to contact groups of employees or by online services to distribute news and other information to subscribers.

It's this cell broadcast feature that might serve as part of a basic info/communication tool in case of climate extremes and climate hazards as an early warning-early action system.

This way everyone in a certain area could be warned and be given info in case of an emergency.

the disadvantages of SMS:

Despite their popularity, short messaging services have received some criticism. Here are a few of the disadvantages of SMS:

case study: renovation of a train station and it's surrounding area (EU/Belgium/Mechelen) (5)

In regards to the redesigning of the train station and it's surrounding area, there was a chance old WW2 bombs were to be found. The site is a vast area of around 2.5km, so it got divided into 7 parts. Around every part an area of 200, 500 and 1000 meters got defined.
Depending on the gravity of any given scenario, the dismantling team could then decide which of the 3 perimeters they wanted to use to evacuate. 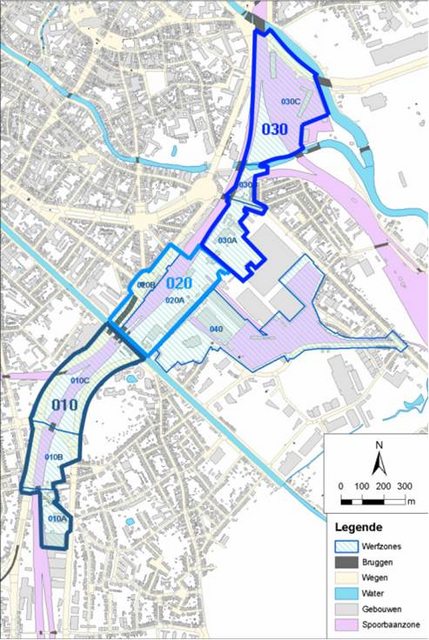 The communication team of the city wrote a letter to every resident of that area (around 12.000 letters) in which they explained the situation and with the request to give contact information. They received regular phone numbers, mobile numbers and email addresses. This way the team could reach people as quickly as possible trough various ways.
Depending on the timing between finding the bomb and dismantling the team also have other communication channels such as spreading letters (if there was a few days) or evacuating residents through patrolling police and community guards, ...
A flowchart has been made and spread out to immediately trigger action in case of such a scenario occurring.
Also template texts have been created, ready to be send across channels in order to save a lot of time.

the use of SMS

In case of an emergency, there was a platform to exchange information between disciplines. Trough activation, every number available (available trough the letter the communication team send and the input they received) was going to be contacted.
The option of broadcasting is being investigated as we speak, so that everyone within a certain area, may get notified in case of such an event.

Webdesign has evolved. That much is sure.
I have experience with website design from early on, from html, the flash days up to now where wordpress is making more of a stand.
One of my last design involving wordpress came with a very good skin that allowed me to do pretty much anything, it involved all the latest “hot” features you could imagine.
Downside though was the web space costs to get more advanced php support, heavy workload, and it was very slow with loading on older computers.
A homepage is becoming more and more irrelevant, and it felt like I had entered another rat race realizing at the same time virtual data could become more basic and to the point reducing your footprint on the virtual level also and at the same time speeding up loading the website significantly on any platform.

shifting back to basic html tech

So I turned towards another option: a basic html based web site.
This combined with a html editor that are becoming more and more advanced and easy to use (you hardly have to have knowledge of html code).
The result is a micro (just a few kb of data right now), basic, minimal, but to the point given website which loads very fast on any platform (7), tough to overload, works on basic means/tech that just does the job very well.

This kind of approach could maybe also help, just like the use of sms, to transfer info as fast as possible in case of emergencies.

Anywhere there is cell phone reach.

(5) info received from the communication department of the city of Mechelen.

By:  Tim Guldentops
Contest: Anticipating Climate Hazards 2017
How can vulnerable communities best prepare for climate-related hazards, and what new tools can be used to incentivize early action?
Follow on: