Adapting life at risk in urban Caracas communities by DSAmb

The rainy season Venezuela is a recurrent event that presents different characteristics due to climate variability. It is considered a threat that can cause natural disasters such as avalanches and floods due to abundant and unusual rainfall, also within the hydrometeorological and oceanographic phenomena, are the intense rains registered in the last 3 years in the country. During the last decades, the massive growth of the population and the absence of urban planning have generated transforming factors that affect the effects of the hydrological cycle. The sector Santa Ana in the Antimano parish, is an improvised settlement that has approximately 450 houses, 3 water channels and 1 sewer system that receives the confluence of all the waters. As a result of the strong and prolonged rainfall generated during the year 2017 due to climate change, the vulnerability of the community has increased in the face of threats due to landslides. 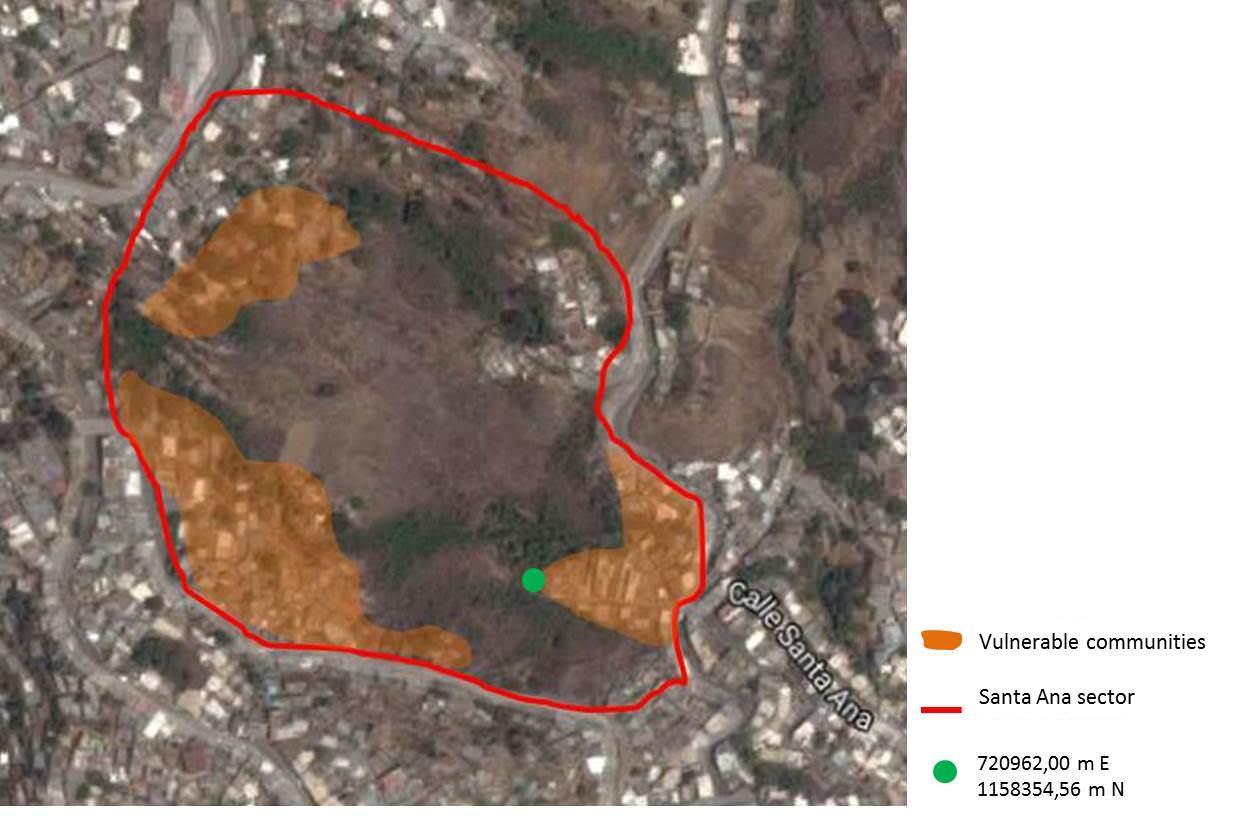 For these reasons, it is intended to design and implement an emergency and contingency plan for possible earth movements due to rainfall. To do this, the identification of the risks and needs existing in the community will be made; preparation of the emergency and contingency plan and identification of evacuation routes. Conducting simulations and workshops to raise awareness of events produced by the variability of climate change; considering the structural and non-structural elements of the Santa Ana sector. With the objective of minimizing community vulnerabilities and creating a resilient society capable of facing emergencies, reacting quickly and efficiently to a landslide that may occur due to rainfall; in order to achieve an environmentally aware and empowered society of tools to coexist with climate change.

Adapt to changes in precipitation patterns

1) Presentation of the proposed emergency and contingency plan to the Community of Santa Ana in citizens' assemblies, highlighting the importance of training in the face of risks associated with landslides

3) Identification of evacuation routes in the communities of Santa Ana

4) Design of the emergency and contingency plan according to the identified risks, needs, vulnerabilities, capacities and community potentials

7) Execution of awareness workshops on events produced by the variability of climate change; as well as the impact and consequences of anthropic actions in the community of Santa Ana

Environmental Sustainability Department of the Andrés Bello Catholic University: Development and management of the idea, search of materials, volunteers and community contacts.

Division of Community Preparation (DIPRECOM) of the Fire Department of the Capital District and Civil Protection Training and Training Department: Support in the execution of training workshops and simulations.

Students of the Disaster Administration Career of the National Polytechnic Experimental University of the Bolivarian Armed Forces (UNEFA): Identification of community risks and needs, design and implementation of emergency and contingency plan for landslides due to rainfall.

First Aid UCAB and Volunteering EcoUCAB: Support in the implementation of emergency and contingency plan and execution of simulations.

Reduction of vulnerabilities due to landslides in the community

The costs during the design and implementation of the proposal may vary according to the date it is executed, however the amount of € 15,000 can be anticipated for the acquisition of the necessary materials.

It is estimated that in general the development of the proposal is approximately € 25,000, including the transport and logistics required for the execution of the project.